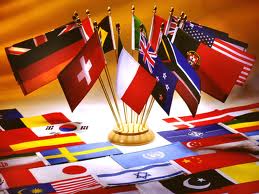 I’ve been learning German since sometime ago. I should have been able to speak the language at least pretty well some years ago, but off the records! reasons are not to be told here. Anyway, it’s been fun studying German. My brain is a language brain meaning I am not into or more of study. I am into cultures, people, society, anthropology, ethnology – social studies. It goes without saying then if I also like foreign languages. Mastering more than just English as a foreign language  is like A WANT, instead of a MUST. I know it’s no use of learning, say, Japanese, only for pleasure; just because I am into languages. I am not perfect, but I try with every beat of my heart ( hehe sounds so poetic!) to be perfect meaning I am putting my great efforts to master the structures, the cultures, and anything related to the highest level of language proficiency. I have read that these language proficiency depend on many factors, but to make it short I think it’s DETERMINATION that rules! Once you set your determination to the utmost, then you’ll be amazed at how good you are at mastering the foreign language.

English is slowly approaching its status in Indonesia as a Second Language.  I don’t know whether English is a must language for all, but it helps a lot in one’s life when one is able to speak English. Some foreign languages share similar structures as other foreign languages. Having learned English some years back, and  German now, I’ve come to realize both languages are alike. I don’t intend to discuss linguistics here though. I think knowing English helps me understand German better.I do like English. It’s a pretty language, perhaps:

However, there is one thing I don’t really feel English fits my culture.IMHO, It has something to do with politeness strategy. In my native language, Bahasa, we have levels of politeness strategy when it comes to referring someone older or younger ( or depending on your relationship with your partner). I think this strategy is also influenced by  local dialects, but I’ll limit my discussion. I won’t be discussing that much ( someday though).

If you ever learn Bahasa, I am very sure you are familiar with “Anda= You” and “Kamu = You”.  One uses Anda when one does not know the person yet- it’s like formal relationship. When you know your speaking partner already quite well, this “Anda” slowly changes to “Kamu”. It will be strange and impolite when you use “Kamu” directly to someone whom you just meet or someone who has a higher position than you. I found similarity with the German language. In German, as far as I know as I am still learning it, people use Sie and Du – You – Anda/ Kamu.When you do not know the person, never ever use “Du” but you can alter “Sie” into “Du” when you have a permission from someone whom you talk to. He or she usually says :

In English, You is You. No matter how formal it is or informal it is. No matter whom you speak with, there is only one subject pronoun :”You”.

I am not sure how strong these linguistic things influence the culture, especially in politeness strategy, but I am sure these influence how people behave, and speak of course.But that’s going to need deeper research ( 0r maybe not.) My native German  teacher told me, the subject pronouns Du, or Sie have nothing to do with politeness. But in my eyes, as a non-German expert ( yet), I think it does.

Another interesting thing is that I have found many similar words between Bahasa and German, which make me easier to remember the words.

Anyhow, I have had so much fun learning German. I know my site is LINGUA, and it emphasizes on languages too. However, I am not a fan of learning all languages at the same time. When I learn a new foreign language, I am trying to master it before I learn another language. I guess that makes it easier for my brain to digest the structure of the language.

8 responses to “Politeness Strategy: When “You” are the Focal Point”